Rethink Mykonos is a highly skilled and experienced design and construction firm specializing in premium villa Refurbishment Projects. We are undertaking conclusive realization of villa refurbishment works from conception to a fully delivered turnkey project.

After more than 20 years of villa development experience in Mykonos, Rethink Mykonos was formed with the sole aim to offer high end professional design, new build construction and refurbishment services to its clients.

Rethink Mykonos is combining all the necessary resources to deliver uniquely designed properties with the highest standards, superior construction materials and an exceptional finishing touch. At the same time our project management team and highly experienced site foremen, ensure that all projects are delivered on due time and on a cost-effective basis as per the initial agreement made without any hidden costs.

Our portfolio holds a series of New Built, Renovation and Landscaping projects in Mykonos. Whilst every project holds its unique and bespoke character, the end result offers an enhanced minimalistic architectural and interior design effect accordingly aiming to maintain the traditional values of the Cycladic architecture.

Dimitris is a highly experienced project manager and a widely efficient property developer with more than 20 years of experience in Greece, mainly involved in projects in Mykonos and Paros Islands. He has developed a total of more than 25 high-end properties and exclusive villas both as a developer as well as a project manager.

Following his Finance studies in IPAG Business School in Paris and then his Master’s degree in City University Business School in London, between 1995-2000, he joined the ERGO S.A. construction group and gained valuable construction experience  and project management skills  after going through several positions within the company.

In 2003 he was appointed as the exclusive project manager in Mykonos Invest S.A., a premium property development company based in Mykonos island. Today he is the Managing Director of the firm and has completed more than 20 luxurious villa projects in Mykonos Island.

Dimitris’ extensive aptitude in cycladic villa design and construction experience in Mykonos, is a most valuable asset for Rethink Mykonos, which is reflected on our method of work during all of the stages of a given project resulting to the benefit of our customers. 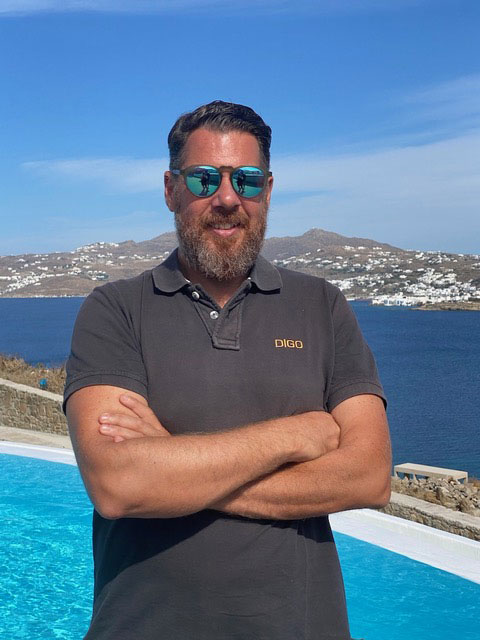 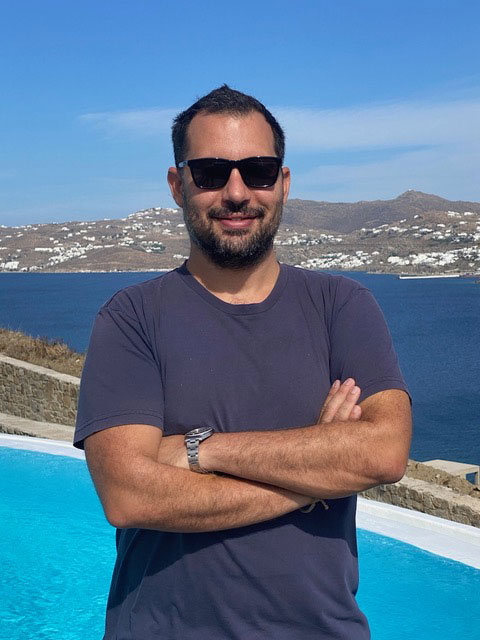 Nicholas is a Civil Engineer (MSc, DIC, BEng) in profession with extensive experience as a Project Manager in residential, commercial and infrastructure construction projects in Greece, UK and abroad.

Following his Civil Engineering studies in University College London (2002) and Imperial College (2003), Nicholas was employed for four years by Balfour Beatty plc where he was trained as a chartered civil engineer and worked in high profile large scale commercial and infrastructure projects.

SInce 2008, and after completing his military service in Greece, Nicholas holds the position of the Managing Director of Kube Contractors PC. Kube Contractors is an international construction company with offices in London and Athens undertaking high end residential and commercial building projects. Under the management of Nicholas the company was established in Athens and London as a modern highly specialised construction firm, completing new built and refurbishment projects with demanding design requirements.

After having worked for 20 years in the construction industry along leading architectural and property development firms, in Greece and UK, Nicholas has a proven record of successful company management skills and an extensive design, planning and construction experience.

As a managing co-founder of Rethink Mykonos, Nicholas is most excited to be bringing his extended knowledge and expertise to the team, by aiming to make Rethink Mykonos the premium villa contractor of choice while maintaining a sustainable future for its employees.

Rethink Mykonos is a highly skilled and experienced design and construction firm specializing in premium villa Refurbishment Projects. We are undertaking conclusive realization of villa refurbishment works from conception to a fully delivered turnkey project.

Necessary Always Enabled
Necessary cookies are absolutely essential for the website to function properly. This category only includes cookies that ensures basic functionalities and security features of the website. These cookies do not store any personal information.
Non-necessary
Any cookies that may not be particularly necessary for the website to function and is used specifically to collect user personal data via analytics, ads, other embedded contents are termed as non-necessary cookies. It is mandatory to procure user consent prior to running these cookies on your website.
SAVE & ACCEPT